HOW TO SURVIVE TAX SEASON 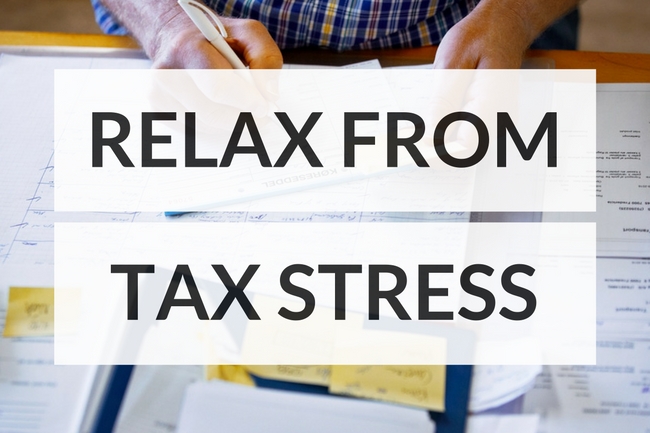 HOW TO SURVIVE TAX SEASON

It’s that time of the year again! W2s have been mailed out and tax season is right around the corner. If you’re like the majority of people, tax season can be a major source of stress for you and the people around you. Thankfully, there are steps you can take to reduce the stress caused by tax season.

Reasons Why Tax Season is so stressful:

Money is one of the most common things that people worry about. For those of us that bury our heads in the sand about our spending, tax season can be a huge wake up call, as it throws into the spotlight how much money you are spending and your earning potential for the year.

Not only can tax season be a huge financial eye opener to your own spending habits but it can also be an eye opener when it comes to your partner’s spending habits. Money can be a common source of stress amongst couples, being cited frequently as the most common subject a couple argues about.  This means with tax season approaching, and the spending for the year illuminated, a relationship storm might be on the horizon.

3. Not being able to pay the tax fee

For those of us that might owe money this year instead of getting a refund, it might be a scary prospect if you don’t think that you will be able to afford to pay the government back. However- don’t panic too much! There are a lot of different options and payment plans that are being offered.

Pursue all payment plans and pick the one that fits best within your budget.

Massage At Work USA is dedicated to protecting the health and safety of our clients and massage therapists at every appointment.